It’s into February now – the longest month of the year psychologically, so the shortest month numerically – and pruning the fruit trees and grape vines is the name of the game in my region. Even as we’re facing yet another nasty winter weather ‘event’, this one scheduled to dump a foot or two of snow on top of ice that will no doubt interrupt electrical service and make the animals miserable. Though it should be melted off by the weekend, when we’ll be back to more normal 50+º days. At least it won’t be bone-chilling cold as it was twice last month. Which is good, since we just finished replacing the incoming water pipes due to freezing…

Last spring and summer my region got so much rain that the apples and peaches went crazy. About 20 inches above what is considered ‘normal’ in this microclime, and this microclime ‘normally’ gets a good inch of rain a day (average) from mid-March through June. Anyway, two of my apple trees were so overloaded with heavy fruit that big limbs sank onto the grape arbor, and finally broke off altogether. The peaches – first year the volunteer from a seed in the old compost bin had produced full fruit – ended up with its limbs sunk onto the pumpkin patch, not broken off, but split along the bends. And the grape vines, which daughter had over-pruned the year before so I hadn’t pruned before season, were so thick I had grapes growing on the ground, even as sturdy fence poles supporting the arbor sank low over the upper end of the mints below.

So I’ve got the clippers, loppers, hand saw and chain saw set out on the shed workbench and ready to go to work once the snow’s melted. While grandson and/or hub are armed with the chainsaw, I’m going to finally get rid of the ugly back yard he-holly I’ve been hating for years now, and about half the boxwood out front that blocks way too much sun from the solarium.

Figure I’ll just cut the apple trees in half. They were originally those nifty Stark “columnar” apples I ordered on line nearly 20 years ago and planted too deep. Instead of being a 10-foot tall central, vertical limb with apples all around, they reverted and got 25 feet tall with branches everywhere straight up. Too tall for me to reach, I engineered a hand-claw onto a big plastic drink cup and duct taped it to a long sapling pole so I could pick ripe apples in the upper reaches, but I’m thinking just cutting them short should encourage more low level fruiting. If not, I’ll just take ‘em down and plant new apple trees on the upper terrace above the driveway next year.

The peach is trickier, because ‘m just not sure how to prune it properly. It’s nearly 30 feet tall after 4 years, so I figure it’s probably not a true mini. I’d like to encourage it to be short and thick, though, more spread out but less likely to droop to the ground when full.

I already know that any removed large limbs or portions of upper trunk need to be slant-cut so water won’t stand on the ends to encourage rot, and that I need to paint those cuts to seal them. But planning what cuts to make is a thoughtful job, for which it’s best to follow the advice of agricultural ‘experts’. For that purpose I’ve gathered some good sources – complete with detailed illustrations and instructions – and offer them below. Will take pictures of the before and afters, with more to follow at mid-season and harvest to show how well the project works for what I’m aiming for. Stay tuned, and if you will be pruning your fruit this month or next, please do check out the sources at the links below. They could help salvage older trees/vines, and increase your harvest! 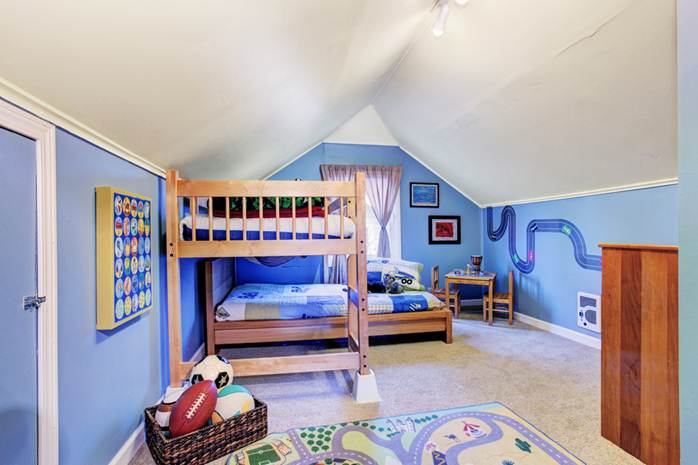