Benefits of Including Probiotic Food in Your Diet 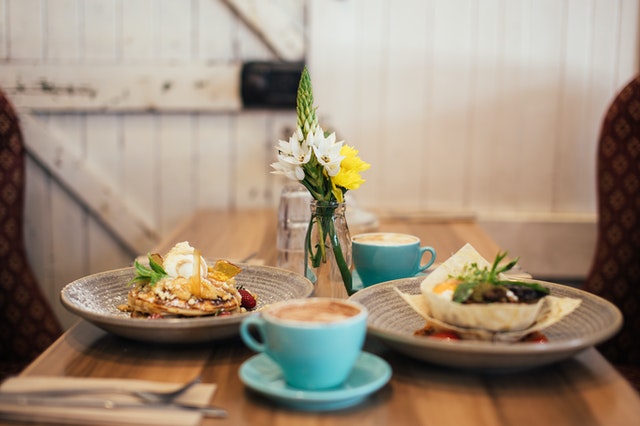 When it comes to your body, the number of foreign cells outnumber your body’s own cells 10 to 1. There are trillions of bacteria and yeasts in your gut. We usually think of these bacteria as bad bacteria causing diseases. The truth is that there are some human-friendly microorganisms as well in our bodies. These are called probiotics. The lining of your intestines is covered with microscopic organisms, mostly bacteria and yeasts. People generally underestimate the role these bacteria play in affecting their health and mood.

A dysbiosis, or imbalance of these bacteria, can indeed cause various diseases. These microorganisms, namely, create an ecosystem called microbiome. To have a healthy biome, you need to have a good balance of more than 1000 different types of microorganisms in your body. You can add more of these friendly bacteria to your body by adding more probiotic food in your diet. Probiotic food is the type of food that kills candida and is enriched by these gut-friendly bacteria. Lactobacilli and bifidobacteriaare just some of the bacteria that have long-term health benefits. They also reduce the risk for gastrointestinal infections.

In case of diarrhea, probiotics are definitely helpful. More so if the diarrhea is caused by a virus. There is this strong belief that probiotic bacteria can compete with viruses for a binding site in your gut. Some probiotics secrete antimicrobial substances, so-called bacteriocins, which inhibit the growth of certain disease-producing bacteria. Probiotics might also be helpful in the case of small bowel bacterial overgrowth. Probiotics, including lactic acid bacteria, improve lactose intolerance through the production of lactase.

These lactic acid bacteria are present in yogurt, for example. Therefore, as surprising as it may sound, yogurt and other fermented dairy products are recommended if you are lactose intolerant. These same lactic acid bacteria come in handy when you are constipated too because they secrete organic acids. If you are on antibiotics, chances are your stomach will be upset. The reason is that antibiotics cause considerable disturbance in the microbiome. Probiotics can do their magic to restore the balance.

Cancer is the second most frequent cause of death in various regions. Some probiotic strains, like lactobacillus, have anticarcinogenic properties. Certain acids produced by probiotics help the mucus lining in your stomach. Probiotic interventions are effective in treating and managing the after-effects of cancer treatment. These can include diarrhea, post-surgical infections, and mucositis.

You may be familiar with the phrase ‘gut feeling’. Your gut does, in fact, have an important role to play in how you feel. People who have irritable bowel syndrome are generally also found to have depression and anxiety. Bacteria in your gastrointestinal tract signal to the central nervous system. There is enough evidence for your gut being connected to your brain. The vagus nerve, which is the longest nerve in your body, connects the brain to the stomach. The gut has also been called your second brain.

This is because it produces many neurotransmitters similarly to your brain. Research says that a probiotic diet helps in reducing anxiety and stress while enhancing mood and cognitive functions. Probiotics reduce inflammation in your body, in general. Inflammation is one of the causes of depression. Various studies indicate that probiotics help in reducing the symptoms of depression. In the case of depression or any serious mental health issue, the person should not only depend on probiotics though. Probiotics should be used in conjunction with medication and psychotherapy. Lactobacillus and bifidobacterium have shown to be the most helpful ones with regard to mental health.

Heart disease is the most common cause of death worldwide. Probiotics can help you lower your cholesterol levels. They bind with the cholesterol present in your intestines and do not allow it to be absorbed. Probiotics also reduce blood pressure and triglycerides. Triglycerides are the type of fat that is bad for your heart. Inflammation can also be a cause of heart disease. As was mentioned, certain probiotics can reduce inflammation, therefore, they may reduce the risk of heart disease too.

To sum it up, probiotics are microbes that have tremendous health benefits. Taking these probiotics can enhance your mood, help you ward off diseases, and can increase your overall well-being. They work best in addition to medicine and lifestyle changes. Chemicals released by probiotics can help you reduce blood pressure. Having a balanced amount of probiotics is a boon for your stomach.