The photo on the left is of my 3-year old volunteer peach tree, taken just this afternoon. You can see that it’s growing right next to my recently-moved compost bin, from which it volunteered. I have no idea exactly what kind of peach it is, but it was one we ate three years ago and composted that pit. It’s really taken off, when the limbs are upright it’s nearly 20 feet tall. It tried to grow fruit last year, but they all fell off before ripening. As you can see, this year it’s making up for lost time.

The limb in the foreground isn’t broken, it’s just weighted down by its load of quickly ripening fruit. Thanks to the soggy monsoon season this year, there’s a literal ton of it. None of the limbs have actually broken off yet – like one each from my apple trees did – so I’m letting it lay in the pumpkin patch for awhile to finish ripening – the peaches are still a bit crisp and hard, not very sweet. I’m hoping it’ll do okay where it is, give me some time to finish up with the apples – which are now fully ripe and coming in by the bushel.

I gave up drying the lot of ‘em, since my solar dryer is only as big as the window I made it out of, and there’s far too many poms. So grandson and I decided to make cider instead, and then to see if we can get it to harden! Or, in lieu of good ol’ hard cider, maybe it’ll do what my grape juice usually does – turn to vinegar.

Of course, getting either hard cider or vinegar out of the bounty is going to presuppose that we’re not drinking the cider as fast as we’re making it, and so far that hasn’t proven to be the case. Do have a half-gallon un-drunk so far in a growler bottle, half another growler, and enough bottles for two more full gallons. So we might end up ahead of ourselves.

What I’ve discovered is that if you don’t have a cider press (and I don’t), making cider takes quite a bit of muscle-power. Still, we’re averaging 3 pints per gallon of apples, so that’s not a bad return. Here’s how you do it the hard way…

1. Gather and wash the apples. Quarter them, tossing out any serious bruises or bugs. Put them into gallon size freezer zip-lock bags, and toss them into the freezer for a couple of days or so.

2. Remove from freezer and thaw. This gives you some pretty darned squishy apple chunks. Once thawed, empty the bag (I do this with half a bag at a time given the size of my cookware pot) into a heavy stock pot and crush the apple chunks good with a potato masher.

3. Once the softened apple chunks are good and squished, load them into a mesh food bag. Squeeze and smash the bag of chunks as much as possible with your hands. I then put the bag into a footed colander sitting in the pot. Squish juice out of the bag with fists, then I use a small pot to squish it further. The more juice you can squish out, the more cider you’ve got.

4. Pour accumulated cider into a pitcher, and from there through a strainer into your jug or jar. Compost the leavings and start the next batch.

To reliably get hard cider most sources recommend adding some sugar or honey and some brewer’s yeast. We haven’t gotten that far yet, but we’re hoping to before the refrigerator gets too full of cider. Or, it can go hard on its own, so look out for exploding bottles – don’t seal tightly until it’s done out-gassing. Will let you know how it works out for us, if we don’t drink it all first.

In between cider batches, I’m dealing with the tomato crop. Which is also coming in great guns due to the wet season, and my dryer isn’t keeping up. Have two full quarts so far of sun dried in olive oil, another quart of dry-dry that I’ll use to make tomato powder. But we’re also going to need salsa now that the salsa peppers are coming in by the dozen too, so it’s salsa time!

For this I go ahead and blanche/skin the ‘maters, de-seed and drain them. Sprinkling them with salt after they’ve been chopped and are sitting in the colander helps to make them a bit less juicy. For canning purposes you’ll want 8 cups of chopped and drained tomatoes.

My jalapenos aren’t producing yet, so I’m using the long “salsa peppers” we bought as seedlings from our local greenhouse, and some of the bells coming in. The salsa peppers are smaller than anaheims and a lot hotter, not as hot as jalapenos. They don’t have to be roasted and peeled first, just seeded and chopped finely, 2-3 cups. 4-5 cups of finely chopped onions (I’m using sweet Vidalias), two cups of vinegar or 1.5 cups of lemon juice. Salt, maybe some chili powder or hot red pepper flakes.

Put all this into a heavy sauce pan and bring to a boil. Reduce heat to simmer for about 5 minutes. Ladle into canning jars, cap and process in a water bath for 25 to 30 minutes (30 is better). I’ll be doing this out on the gas grill so as not to heat the kitchen more than it already is hot. And now that it’s August, it’s hot.

Now… about those peaches. If the limbs look to be getting so stressed they’re in real danger of breaking, I’ll have to pick them all now. Peaches will continue to ripen for awhile after picking, so hopefully they’ll finish up by the time I get around to them.

Peaches take to freezing quite well, but since our electricity isn’t all that reliable I figure I’d best can them. Quarts should be plenty to make a peach cobbler or pie with, or even just to serve as dessert with a scoop of ice cream during the fall and winter. For this I’m going to want a light syrup, which is a 1:3 ratio of one cup of sugar to three cups of water. Heated just enough to thoroughly dissolve the sugar, then kept on ‘low’ while I prep the fruit.

Given the timing of ripening, these are freestone peaches. Which are much easier to process than non-freestone (‘cling’) peaches because the pits are much easier to remove. They should be blanched like tomatoes for 30 to 45 seconds in boiling water, then cooled in ice water. The skins then slip right off. At that point they should be halved and the pit removed. From there they can be sliced or quartered. Put straight into sterile jars, fill with syrup to a half-inch from the top, then clean the edges with a paper towel and cap. Process in a water bath for 25-30 minutes.

So Happy August to all you homesteaders out there, I hope your fruit crops are coming in as abundantly as mine, but with less damage to the trees! 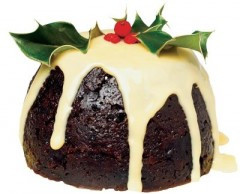 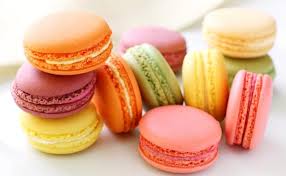