Disrupting the Way We Buy Produce

Straight from the TechCrunch Disrupt Battlefield, a new internet-based project to greatly expand the CSA [Community Supported Agriculture] movement into places where it hasn’t been before. It’s a project designed to connect community organizers – volunteers with a group of friends and neighbors who want to get in on farm fresh produce and other fresh foods – to buy in to local suppliers in the usual CSA manner and set up a drop-off point in their area for deliveries and for members to pick up their weekly food items. The company, farmigo, acts as the middleman to negotiate directly with growers, coordinate deliveries and scheduling, and handle the nitty gritty of the business end. It also maintains the web-based platform for people to manage their accounts, order food, and pay the fees. To support this effort, farmigo receives a 2% fee on food sold and collects this from the producers rather than from the customers.

The idea isn’t entirely new, as CSAs in some regions have already set up their local businesses through websites, and even pooled with other suppliers to make for convenient ordering of variety items and coordinate deliveries. Farmigo is pretty much the same type of thing, but on a much larger scale and including big city dwellers. The farmers, fishermen, butchers and bakers who offer products through the service still get to set their own terms and commitment periods. When you check into the website you can click on a map to receive a list of suppliers in your area with links and information on already established drop-off sites.

Farmigo also facilitates one-time ala carte purchases of things like eggs, flowers, meats, seafood, baked goods and other things that will be delivered to the drop-off point on your usual days, so the customer isn’t limited to whatever crops are being harvested at any given time on their CSA’s farm, but isn’t corralled into long-term purchase contracts with those other suppliers. This also saves the member/customer the trouble of driving around to several different drop-off points to get their food allotments. Some suppliers will even deliver to your home, depending on where you live and the nature of your orders.

Those of us who do our own organic gardening, participate in local tailgate farmer’s markets, trade with our neighbors for crops we aren’t growing ourselves, and who have turned the art of wholesome organic foods, fresh air and hard work into a regular way of [homesteading!] life, of course recognize the value of any system designed to facilitate wider participation, cheaper prices to the customer and better premiums for the growers. As CSAs and the local food movements grow, more and more people will participate, everyone will be a bit healthier, and groups of neighbors working quarter-acre or less sized organic gardens can get together and plan who grows what, pool the results together, and create their own supplier CSA group!

Because I am lucky enough to have spent the past 20 years on my little mountain homestead growing food and “fitting in” with a local culture that was here long before I was, there would be great interest in a community organizer to make the contacts with various farmers producing a single crop or two of staples like corn and wheat and oats, things many CSAs don’t produce in bulk, but which most people consume regularly as part of their normal diets. Whole and milled grains, dried beans, cornmeal (grits, hominy, whatever) in bulk would be a sure seller. Value-addeds for those non-subscription purchases, such as compotes and jam, ciders and juice made from locally grown fruit. Pickles, hot sauces, vinegars, sun-dried tomatoes and other dried foods… the possibilities are practically endless. Not to mention those free-range eggs and honey for those who keep bees – which will hopefully be me by this time next year.

The primary requirement for suppliers is that their products be grown naturally/organically. USDA organic certification is not required, but this means no GMOs, no petrochemical fertilizers or pesticides, etc. Most small farmers and backyard gardeners don’t use such things anyway, as the whole chemically-based food production system was invented for big Agribiz where the economies of scale (like 5 square miles’ worth of corn) and government subsidies disguises the true cost of the foods produced. There are farmers in my area who have rotated 40 acres in beans, corn and wheat all their lives and never managed to destroy the productivity of their land with chemical adulterants they’ve never actually needed.

I don’t know if something like farmigo would make much of a dent in my region, where local farmers and producers have been participating in CSAs since somebody first thought them up, and where local farmer’s markets are easy to find any day of the week in cities, towns and villages throughout the countryside. But this type of modern organizing and management would be a good thing even here, so there is much to learn. The more people who abandon our American Industrial Food System the better, and again with enough organized coordination those economies of scale can ultimately lower the price of good, wholesome food so that more and more people can avail themselves of it. Win-win situation, so do check around and ‘borrow’ some ideas from those who are pioneering the food wilderness. 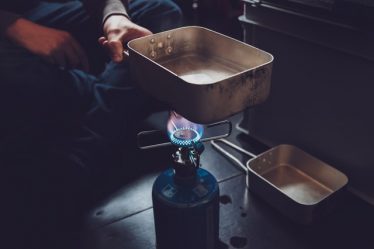 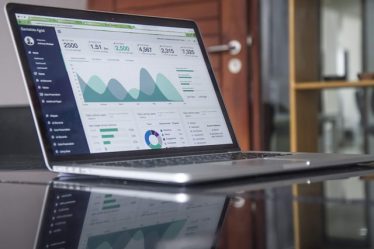