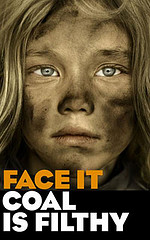 Back in June I posted a disgusted ode to King Coal’s most outrageous method of extracting the combustible black rock from these most beautiful and abundant Appalachians. In that post, Desperate for Fossil Fuels, I described the environmental horror known as “Mountaintop Removal” and offered a bunch of useful links for further information, environmental coalitions and direct actions aimed at stopping this crazy rape of the earth.

Just six months later on December 22, an earthen dam gave way at a coal ash holding pond in Kingston, Tennessee, spilling more than a billion gallons of the sludge into a neighborhood as well as into the Clinch and Tennessee Rivers. Three homes were completely destroyed, many others within the 300 acre sludge zone had to be evacuated, dead fish littered the banks of the rivers and the people of eastern Tennessee as well as the rest of the nation suddenly became familiar with what this waste product of burning coal contains. It’s not pretty.

Concentrated in this nasty toxic waste are poisons and heavy metals such as arsenic and mercury, nickel, vanadium, beryllium, cadmium, barium, chromium, copper, molybdenum, zinc, lead and selenium. There are also concentrations of radioactive elements including uranium, thorium and radium. These substances readily leach from the ash into water, and the rivers and wells around the spill site have tested high in arsenic and other pollutants – residents have been warned to drink only bottled water until they hear otherwise.

Yet despite the fact that there is a toxic load in the millions of pounds of ash produced in America every year from burning coal, the EPA does not regulate it as toxic waste and some states don’t regulate it at all. Thus despite known problems with retention of the sludge, this waste product is actually considered to be a valuable commercial product all by itself!

There are actually marketers of coal fly ash that do nothing but re-sell the stuff for use in concrete and cement, as structural landfill and mine reclamation, as base for roads, for making bricks, and even as “inert filler” in agricultural fertilizer (along with waste from other industries, like steel production). Is it any wonder that our once-fertile plains now need ever-increasing amounts of fertilizer, herbicides, pesticides and genetically engineered crop cultivars in order to grow anything at all?

Those of us who are committed to lovingly managing our land and producing as much of our own sustenance as possible using the most organic of tried-and-true methods can use the sad experience of the people in eastern Tennessee as an opportunity to learn more about what ‘standard practices’ our rural neighbors may be using that could threaten our family’s health and livelihood. Large farms upstream of our homesteads could be using industrial waste-based fertilizers that will leach contaminants into our water sources as easily as their in-season chemical sprays will.

While arsenic in the water is a serious concern for our drinking water, irrigation water and livestock water, heavy metals can wreak terrible havoc as well. Round-Up doesn’t contain heavy metals, your neighbor may think he’s being responsible. So he probably needs to know what’s in that fertilizer too, as he may be wondering why his crops do so poorly and his livestock are so sickly. Do your research, put your findings into an easy-to-read format, and present them at future meetings of your extension classes or community farm planning groups. Pass them out at the farmer’s market and contact environmental groups in your area who are or should become involved in dealing with these issues.

This earth is our only home. Our homesteads – our beloved little corners of earth – are our pleasure, our pride, our freedom and our example to the world. If we won’t protect and defend them, no one else will. So as we move into this hopeful new year with a new administration with a commitment to sustainable energy policies for the future, don’t let anybody fool you about “Clean Coal” – there is no such thing.

We can choose to go with clean, efficient, renewable energy sources. We can choose to diversify our production so that gigantic mega-watt plants aren’t necessary to supply our needs. We can choose to stop raping and pillaging our planet for the short-term gain for the wealthy few, while ignoring basic livability for our children and grandchildren’s future. Get mad, get involved, get busy! 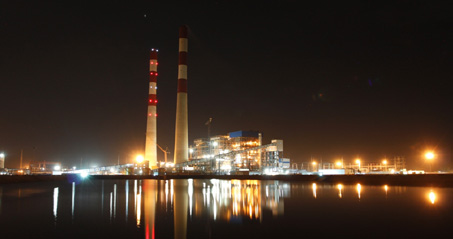 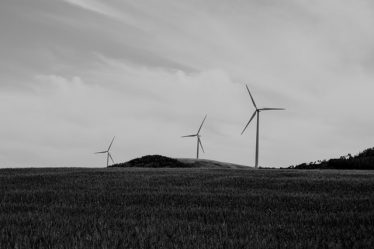