Yep. As of this writing, February 4, 2014, the U.S. Senate has passed a new Farm Bill that has gone way out of its way to exclude any real farmers as well as more than two million people who rely on food stamps to eat, and channels all the supposedly ‘saved’ money back to Big Agribiz as crop insurance rather than crop subsidies. As you can see clearly on the chart over there on the left, no money is actually “saved.” All these new non-subsidy subsidies and millions of hungrier Americans will cost us all 58% MORE over the next 10 years.

The cuts to SNAP benefits (food stamps) in the bill are $8.7 billion over ten years (about 1% of the entire program). It also repeals $4.5 billion in annual direct cash payments based on acreage – planted or not – and put that money into subsidized crop insurance that benefits the big players. The Environmental Working Group estimates that just 10,000 policyholders receive over $100,000 per year in subsidies for the insurance (some over a million dollars), while 80% of the rest of the nation’s farmers will receive a mere $5,000.

Another program that will suffer under this new bill is Price Loss Coverage, where farmers are guaranteed a baseline price for 14 crops if the prices dip below a certain level when it comes time to sell. The raises the floor price, guaranteeing that the bigger players will receive more no matter how much of a glut there may be in the market. Another part of the bill will cover ‘shallow’ losses not covered under crop insurance deductibles, thereby ensuring full coverage for any crop losses suffered.

Moving away from direct payments and toward indirect insurance subsidies is an example of what author Suzanne Mettler calls “the submerged state.” So many federal social programs lurk underneath the surface that the public cannot get a good handle on who benefits from government largesse. “Appearing to emanate from the private [insurance] sector, such policies obscure the role of government and exaggerage that of the market,” Mettler says. And the vast majority of these programs benefit the wealthy, refuting the conceit that the rich boldly succeed without a government safety net protecting them

The bill is also cleverly crafted to ‘lock-in’ an overall rise in commodity prices that will be paid for by the taxpayers on April 15th and at the grocery checkout line. The disconnected political class probably thinks they’ve brilliantly crafted yet another shift of costs onto the middle and working classes in this country, while at the same time reducing government aid to the working poor, disabled, retired, and very poor so that they can pay more for food too. Just never forget, There Is No Inflation (our government tells us regularly). And since they refuse to count the costs of food, clothing, shelter or transportation, it works out great on their balance sheets.

But not to worry, some say, because all those “food insecure” children who can’t get enough to eat at home get all those free lunches at school, right? And sometimes breakfast, though many state legislatures are trying to impose severe budgetary limitations on that sort of thing as well. And then there’s the kids of working people who don’t qualify for free school meals, but who have trouble paying for them anyway. Why, just last week in Salt Lake City, Utah, 40 students at Uintah Elementary School had their lunches taken away from them after they’d sat down to eat, and promptly thrown in the trash. That’ll teach ‘em!

Honestly, it looks like the more the ‘haves’ in this country have, the less they want the ‘have nots’ to have. It’s a mean, mean climate out there, about which most of us can only shake our heads in despair. Still, things like this just make it more imperative that we homesteaders and small farmers and other independence-oriented folks make efforts to reach out to each other and our broader communities, work together to ensure the well-being of all even in our limited environs. Please check out some of the posts linked below about the political maneuvering, and about ways to help deal with hunger in your community… 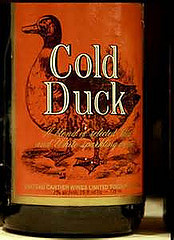